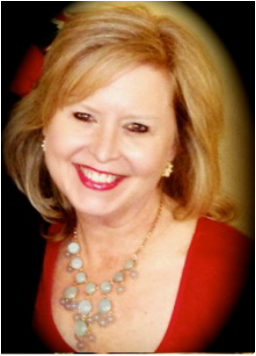 ﻿﻿Marcy Talley, Private Voice Teacher
Marcy Talley and her husband, John, moved to the Texas City area in 2010.  She began teaching private voice lessons and piano lessons while attending college at Ouachita Baptist University in Arkansas in the early 1980's, where she pursued a degree in vocal performance and a minor degree in piano. When Marcy is not teaching, you can find her in front of her cook top trying to modify or create a new recipe. She also enjoys singing alongside her husband as he serves as the Worship Pastor at the First Baptist Church in Texas City. One of her greatest joys is to share her love of music with her students...to teach them the art of becoming a better musician, with a passion for music in all its forms.﻿﻿

​Kathy Skinner, Private Voice Teacher
Kathy Skinner is currently starting her 3rd year as part of the voice teacher staff at TCHS.  She worked at Texas City HS for 17 years from 2001-2018.  From 2001-2013 she was Assistant Choral Director, and in 2013 she was named Head Choral Director and worked for 5 years in that capacity, until she retired from public school teaching in May, 2018.

Mrs. Skinner is married to Noel Skinner who is employed by KBR Wyle at Johnson Space Center.  They have two sons that are grown with families, and two grandsons.  Mrs. Skinner enjoys spending time with her family, playing with her grandsons, cooking, reading, and teaching voice to high school students.

Mrs. Skinner was born in Montevideo, Uruguay, as her parents were Baptist Missionaries.  She is fully fluent in Spanish.  She received her Bachelors degree from Baylor University.  She taught in public and private schools for 35 years.

In her career at Texas City High School she taught more than 15 Texas All State students.  She works with her voice students on the All State music for competitions, healthy vocal tone and technique, musical terminology and music theory concepts, as well as various genres of vocal music her students are interested in.  One of Mrs. Skinner’s greatest joys is in knowing she has made a difference in the lives of her students. 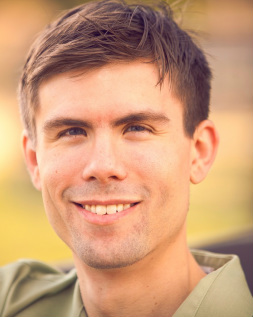 David Smith, Private Voice Teacher
David Smith has taught voice lessons in the Clear Lake area for six years.  His students
succeed in theater and music programs across Houston.  Many of his students perform leading roles in musicals with their high schools and private organizations, and his students regularly score at the highest level in UILSolo/Ensemble and All-State competitions.

Mr. Smith's performing career has included roles in both musicals and operas, such as My Fair Lady, On the Twentieth Century, Galveston!, Don Giovanni, Amahl and the Night Visitors, Die Fledermaus, Cosi fan tutte, Gianni Schicchi, The Gondoliers, The Cunning Little Vixen, Il viaggio a Reims, The Grapes of Wrath, and Les Plaisirs des Versailles.  He has also performed in numerous concerts in Houston, Clear Lake, and Texas City.

Mr. Smith was awarded the degree Master of Music in Vocal Performance from the Moores School of Music at the University of Houston. He also holds a baccalaureate degree from SouthwesternUniversity in Georgetown, Texas. To learn more about Mr. Smith and voice lessons, please visit his website at www.clearlakevoices.com, or email him at clearlakevoices@gmail.com

Mr. Smith has been married for six years to his college sweetheart, Rachel Smith, who is the choir director at Levi Fry Intermediate and an accomplished soprano.  In March 2014, they had a very healthy baby boy named Jackson Paul Smith.  While Jackson isn't singing yet, he sure makes a lot of noise and definitely has potential! They also have one large cat.  In his spare time, Mr. Smith is an avid reader of historical and science fiction novels, plays computer games, and watches TV.  Mr. Smith also loves tennis, basketball, and football, and played competitive tennis at the college level before singing took up all his practice time. 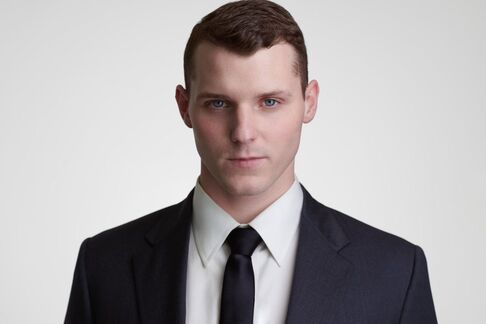 Michael Skarke, Private Voice Teacher
​​Michael Skarke, praised for his “exquisite, almost ethereal tone quality,” and “strong dramatic presence,” is quickly making a name for himself as one of America’s up-and-coming countertenors. His professional experience blends operatic, choral, and concert singing, including performances as Ixion in American Baroque Opera’s production of Charpentier’s Orphée, Endimione in Opera NEO’s production of Cavalli’s La Calisto, and appearances with the South Dakota based professional vocal ensemble, Transept, and the VOCES8 Scholars.
Having been born and raised in League City, Texas, he is well accustomed to the Texas Choral Tradition. His performances in TMEA All-State choirs and an ACDA National Convention left a long-lasting impression that inspired him to pursue a career in teaching. With each lesson, he works to guide his students to their personal singing goals, all while helping develop a natural, healthy individual sound. In only three years as a voice instructor, Michael’s studio has included multiple Texas All-Staters, numerous superior ratings in the regional and state solo and ensemble competitions, and a number of his students have received large scholarships to renowned universities.
Michael just completed a master’s degree in voice at Baylor University in May with a 4.0 GPA. While at Baylor, Michael served as a voice teacher of record, and sang roles in Monteverdi’s L’incoronazione di Poppea (Nerone), Gluck’s Orfeo ed Euridice (Orfeo), Händel’s Oreste (Filotete), as well as performed as the alto soloist in Bernstein’s Chichester Psalms, J.S. Bach’s Magnificat, Jesu Meine Freude, and Wir Danken Dir, Britten’s Rejoice of the Lamb, and Frank Ticheli’s Angels in the Architecture.
When not performing, you might catch Michael playing golf, basketball, or spending time with his wife Jenny. Michael is extremely excited to be returning home to serve on the Texas City High School voice faculty!