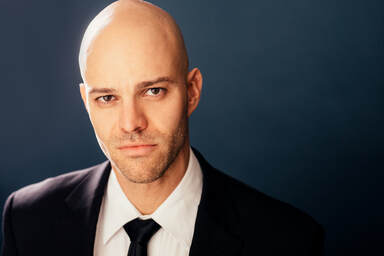 Matthew J. Taylor, Head Choral Director
Conductor, director, composer, photographer, and actor, Mr. Taylor has spent time working professionally in an array of areas in the Arts.  Growing up not far from here, in Nederland, TX, Matthew took an interest in music at an early age in his mother's church choir.  High school was where his love of the arts really took shape under the baton of his director, mentor, and friend Renee Kloes who guided him to Westminster Choir College for his under graduate degree in Music.  While in Princeton, Matthew sang under the greatest conductors and with the most renown orchestras in the World in halls such as Lincoln Center, Kennedy Center, and Carnegie Hall.  Also at Westminster, he studied under the such conductors as Joe Miller, James Jordan, Sun Min Lee, and Joseph Flummerfelt.
Following Westminster Matthew spent a year teaching under Kathy Alvizo in Harlingen, TX, but his time there would be cut short by an offer to join the National Tour of Cats the musical.  Over the course of the years that followed, Matthew would be privileged to star in multiple tours, and share the stage with Tony, Grammy, and Oscar winners.

But the whirlwind of performing always took a back seat to Matthew's love of conducting, and in 2014 he was offered an assistant position at Oklahoma State University, to receive a Masters and work under renown composer and conductor Dr. Z Randall Stroope.

It's been a road back to the class room, to be sure.  But Mr. Taylor holds the arts close to his heart not due to training, but due to a career inspired by passion and experience.  It is often said that those who can not do teach, but it is his philosophy that those who do should teach so that others may wish to do as well.

Eliza Nicholson, Assistant Director of Choirs
Eliza Nicholson is about to begin her first year at Texas City High School; she comes from Florida, where she received her B. S. in Music Education from the University of South Florida. As a k-12 public school student, she was a member of any and every musical opportunity that was available; All State Honor Choir (four years), All County Honor Choir (nine years), ACDA Honor Choir, university choral clinics, Master Musician, Tri-M music fraternity, and so on.
Ms. Nicholson taught in central Florida for four years as a middle school choir/show choir/musical theatre/guitar teacher, and her ensembles were among the top-rated at various musical events and competitions in the state. Ms. Nicholson moved to Houston in 2018 to pursue a Masters degree in Choral Conducting from the University of Houston (Go Coogs!) and graduated in May, during the Covid-19 pandemic. She is thrilled to be joining the TCHS Choir family and can’t wait to get to know each student and their families!